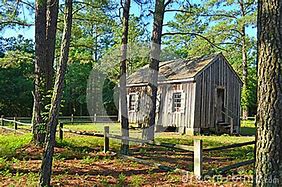 Angelica made her way through the spindles without getting to cut to death by the spindle points. She did not dare look behind her because of the foul words that were being spewed from the wood nymph vial lips.

When she finally made it through the spindles she looked around to see the man who helped her. But he seemed to have vanished.

“Hello.” she called out with no response in return.

She walked to the little house with closed windows to see if he decided to go inside. She knocked until her knuckles hurt.

“Hello. I know you helped me escape. Why did you leave.”

“I did not intentionally help you escape. I just wanted to ruin the wood nymphs meal.”

She looked at the man who was speaking to her from the roof of the house.

“How did you get up there so fast?”

“Boy it’s one question after another with you.”

Angelica felt a little embarrassed but not enough for her not to be curious about the man on the roof.

“I’m sorry for the questions. Thank you for helping me anyway.” She said as she glanced down for a moment.

“Your welcome prey.” He said standing before her.

“Well then how did you almost get drank to death by a weak wood nymph?”

The more the man talked the angrier she became. Her mother was no where around to tell her not to use her magic.

“I think a helpless female as yourself should go home and wait to be married off.”

That was it. She had enough of this man belittling her. The ground began to tremble and out of no where the man began to get pelted with stones around the house.

Normally anyone who would cross the spindles who had any magical abilities would have been dulled down. But this young girl seemed to be gaining strength.

“Enough!” He called out with a voice coated by magic and angelica fell to the ground as if someone had hit her physically.

“Who are you? If you had this type of power how did you get captured?”

Angelica looked at him and whisper her name “Angelica” then she met darkness.

He looked at the young girl that laid on the ground and realized that she was of his blood. She was his niece that he has never seen due to the promise to stay away from his brother’s family.

Why was she here? Where was his brother? He lifted her up and took her inside his home. Once he entered with her the house began to shake. The house itself was alive with the spirit of the earth and it recognizes angelica a family and it responded accordingly.

He laid her down and went to his mantel above the fire-place and found the dream powder he placed there in a dark jar.

Angelica began to dream and it showed him that his brother was killed because he was not him. He had no magic to protect his family from the royal guards. He lied and told that he could perform magic and retrieve the sword.

“They still search for the one to retrieve the sword.”

Once he could not retrieve the sword the queen had his head chopped off. Then the dream faded as angelica began to cry in her sleep. He rose and calmed her by removing the memory for now so she would rest.

“That bitch of a queen needs to die and It will be by my hand.”

He went to his chair and looked at Angelica and wondered how powerful she was and how powerful will she become. Once she awakens he would have to find out.

(another photo may replace the one on top)