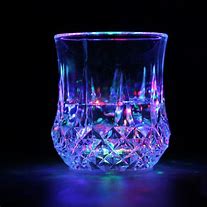 There’s Blood, There’sDeath, and Theirs Me. Bee

The target for the day is “The Mooch”. Yeah they still use stupid nick names like that. I’m sitting here in Star Bucks drinking my lemon tea watching my target try to swindle his way out of paying his bill.

His real name is Michael something. I really don’t give a shit as long as the money is in my account to do the job. Just looking at his appearance you would never think he is New Yorker. The tie die tee-shirt, khaki shorts and severely used flip flops said to me islander.

“Sir you mean to tell me you don’t have three dollars and fifty-six cents to pay for this?”

“Not right now. I can come back in a few minutes with the money. I live right around the corner and I left my wallet in my apartment.”

What a scum bag. Trying to get out of paying for his drink.

“Why don’t you go get the money and then you’ll get your drink. It will be waiting here for you.” The barista said with a smile.

If smile could talk it would have said “you piece of shit, you made me make this drink and waste my time on you for what? Screw you.” At least that what I read from the smile.

He walked away with his lips squeezed together in annoyance. Once he left the shop I followed with my tea in hand.

New York City on a Monday morning is the worst. I must have been bumped into several times as people scurry to their 9-5’s while video chatting with god knows who. It doesn’t matter, my eyes are still on the target.

After walking up two blocks he turned into a private building. I decided to hold back a little to see where exactly he was going. It turned out that he worked as a porter. This thirty five year old man works as a porter in a building that is known to house one of the wealthiest families in New York. Let alone lawyers and prestigious government officials.

He must have pissed off the wrong people. Well not my concern. I drained what was left of my tea, threw out my cup and I followed him onto the elevator going up to the thirteenth floor. Here we go.

“Oh excuse me sir. I notice that something is stuck to your collar. If you just bend forward I can just pull it off for you.”

He looked at me as if he was not sure he should allow me to do it. But my innocent face that has not changed since high school gained his trust. Big, big mistake. He leaned forward and I fiddled with his collar and it so happed I scratched his neck with my ring.

He grabbed his neck and I apologies that my old ring scratched him. I also threw in the, ‘I’m sorry’ smile.

Not even a minute the effect of the chemical that lined my ring was in his system. He grabbed his chest and looked at me for help. I whispered, “I was told to tell you, you were going to pay up one way or another. The bill is now paid.”

The door opened on the thirteenth floor and I stepped out to an empty hallway. I allowed the door to close before I press for the other elevator to come. As cold as it may sound I feel as if I helped society in a small way.

One less derelict in society. I’m not worry about camera’s catching me because for some reason certain machinery does not like me. Video, camera’s anything like that just goes hay wire. So nothing ever catches me.

As for finger prints. I have none, so there you go. A genetic abnormality is an aide in my secret life.

I checked my account and the deposit of thirty thousand dollars was safe and sound. Waiting for me to withdraw. I put my phone in my pocket and head off to the office.

I work in a place that you, the average person on the street would never pay any attention too. Or even think twice, that a killer might just be smile right at you.

I work at Michael’s Pet Cottage. A place where people drop off their precious pooch or kitty while they go on vacation. I know what you may be thinking “Hang yourself much?”

Here’s the thing I love animals. I just kill people. Simple as that.

“Bee your over an hour late and don’t give me that old I was tied up excuse.” Kiki said, as she tried her best to stare me down.

“Now that was not an excuse. I was telling you the truth. I was detained, sorry I am late.”

“Detained hugh? By what?”

“Nosey much? I had to help a gentlemen with his collar. I could not just stand there and see something amiss and not want to fix it.”

“A collar? A whole hour for a collar?”

I gave her the innocent look and she just growled at me.

“Well then it’s good that I am not a lady then. I’m a dog. “D” for don’t give me that crap. “O” for on your worst day I can smell when you lie and “G” for get my food, because I don’t have opposable thumbs to get my own food.”

As you may have guessed and since she spelled it out so nicely. Kiki is a dog. A white German shepherd, a matter of fact. She is “the boss” when I am not around and she loves to remind me of it.

Obviously Kiki should not be talking. Honestly she is not talking to any of you, I on the other hand can hear her since she is my guardian animal.

Yes, guardian animal. The kind that comes to you when you least expect or want it.

My mother was a witch and she had a cat familiar. Since I am not fully a witch I refuse to call my dog a familiar. She’s my guardian.

“Oh I forgot to mention you received a package through the mail slot.”

“A package? Must be small I didn’t order anything.”

As Kiki and I walked through the cottage to make sure the pets were ok, I couldn’t shake the feeling of something very odd is going to happen very shortly.

The animals were fine, but Kiki’s stomach was making itself known by the expulsion of gas in the air. I pinched my nose and ran to the kitchen to take her food out of the refrigerator. Kiki went in on the food as if it was the best steak she had ever eaten. As she ate I went to the front door and seen a tall box on top of the mail that came from the small slit in the door.

If you haven’t guessed by now. The package is magically enchanted. I never take safety for granted especially my safety. So I go get my salt and pour it in a circle around the box to keep whatever is in that box that may harm me in there. Once the circle was complete I proceeded to open the box.

What stood inside was a tall slender mirror. It had a cast iron base that it stood on but it had no top. I looked all over to see if there was a note or a chant I had to say to activate the mirror but there was nothing. So I made up something out of thin air.

Is there a message for me at all?

As corny as that was the mirror clouded and a face appeared. Oh man what a face. It had scars slashed several times across both cheeks. The nose was definitely broken and it looked as if a fresh lump was appearing on the right side of her far head.

“All you had to say was hello to active the mirror?” The woman said with disgust written on her face.

“Ok who are you and what is it that you want from me?”

“There are many jobs that I currently do. You have to be more specific.”

“I need you to terminate someone and I need it done clean. No traces leading back to me. You can use your parlor tricks if you must but it must not have a residue behind it.”

Did she just say I do parlor tricks?

“You’re starting off on the wrong foot with me. Do you have any manners? First with whom am I speaking with?”

“I am Manua. I am the head of the Gideon guard. I serve and protect the queen Izra.”

“So who is it I am being hired to take out?”

“First ,you must except before I can divulge the name.”

This does not sound good. I’m not taking the gig.

“Well, I am sorry to say that my quota for killing has been filled. If you contact me in like, never. Maybe I can help.”

Manua mumbled something under her breath. I caught only this ‘humans are worthless’.

“I can hear you, and now I will definitely not do the job. Bye”

“I will tell Gloriana that you refuse the job.”

Oh shit Gloriana set this up? This is serious then. I owe her a life debt. I have no choice but to take it.

“Fine I will take the job.”

“Do you mean I could have just said her name and you would have agreed? Human are so strange.”

“Yeah well whatever you are what’s the name of the target?”

“So you agree to kill the target?”

“Yes, who is it before I change my mind.”

“Remove the barrier so we can strike the bargain I cannot do this with a wall of salt around me.”

I broke the barrier by kicking part of the salt to the side. I suddenly felt a burn around my left forearm. I picked up my sleeve and seen a triple ring around.

“The bargain is sealed. Once the job is done the rings will fade.”

She nodded her head.

“The name is Quantaron Milan.”

“My heart nearly dried up in my chest.”

“Yes, when you are ready to do the job, just step through the mirror and you will arrive on Alpha G system. You will be greeted by Al. He will hand you a letter with all you need to know on it. Good death to you.” Then she faded from the mirror.

Good death to me, she said. Yeah I might as well right my will because I may not return from this one.