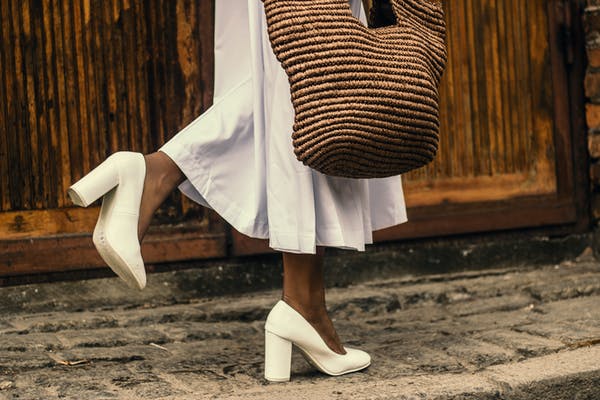 Tonight your mine {tctd#20}Rated R

The party was definatly one for the books. With music and crystal décor. The guest ranged from elite to the willing entrée. Jacqueline was dressed in white with red tear dropped rubies accentuating her high-spirited bosoms that seemed to want to join the party themselves.

“I do not see why I must be the only one wearing white?”

“It is your two hundredth birthday and we managed to keep you untouched.”

“So what are the red ruby drops mean?”

“That every drop of your blood is precious. Your betroth would love the double innuendo of it.”

Jacqueline did not understand until her mind went to drop of blood and breaking her purity. She rolled her eyes and was ready for war.

“Jacqueline I will warn you only once. What ever your mind has formulated as retaliation for this, do not do it. You are bound. You may dream of killing me and your father to break it. But it will not. Your bound by blood.”

“I’m what? You mean that I will never, ever be able to be with another or else I will perish?”

Abella tucked a random curl behind her hair and decided it was time to go. Jacqueline had, had enough of this. she will find this guy and make him call this thing off since she could not make them listen to reason.

The party housed everyone from the two nests. As Jacqueline made her entrance to the party all stopped and ogled her. She learned from an early age how to school her face and not show any fear, but the amount of eyes on her were intimidating.

Makalo stood beside her with a glass of aged rum and held it up to toast his daughter’s 200th birthday. Everyone applauded. Everyone except the odd handsome guy in the corner.

He was not dressed like everyone else and his features looked exotic. definatly not from around here. He must be the servant of someone. Too bad he definatly peeked Jacqueline’s interest. It didn’t matter anyway she had to find this guy and get him to call it off.

Creya walked into one of the guests rooms at the end of the house. Adorjan followed behind her trying to control his breathing.

She opened the door and waited for him to enter. Once inside she closed and locked it behind them.

That was an odd question to ask at this time.

“Your a shifter of some kind.I think.”

“Yes I am and normally my kind likes to stalk it’s pray before we kill them. But I am not stalking you and I do not want you to run because that would set off that prey drive.”

Adorjan was feeling his nerves coming to the surface. He wanted Creya to the point that he was hurting from the pants he wore.

“Have you ever watched animals in the wild mate?”

He frowned at the question until it dawn on him. This was going to be a very interesting night.

Adorjan slowly approached her while keeping eye contact. Creya moved back not making it easy for him. He remembered that at one point the male swiped at the female but he was not an animal. Instead he tried grabbing her and barely grazed her shoulder.

“You want me tonight and I do not deny wanting you, but you must show me that you are man enough to have what I will give.” Creya said with a low but audible growl after.

Jan took off his shirt and shoe freeing himself from the constraints to capture her.  He managed to maneuver her in front of the bed. I was not going to be an easy leap to take her down since she more nimble but he had a plan.

Keeping his eyes fixed with hers he reached into his pocket and pulled out a stone he picked up along the way. Creya would not break eye contact. He managed to drop the stone on the wooden floor making a load pop as it landed. Distracting her enough that he leapt and  was able to catch her off guard.

He released her lip to see her offer him his her neck and he knew this was a form of submission but he was not sure if he should.

“Do you want me?” She whispered

That was all the push he needed. He licked the length of her neck and kissed it. Then he began to suck on it and finally he bit but not enough to puncture skin but enough to make her arch into him.

Releasing her hands she went to take off he pants revealing how ready she was. She unbuckled his pants and slid them down until they were both bare.

She held his shaft with her left hand and slowly glided it  up and down making him shudder.

“Jan wait.” She knew he was close. She spread her legs so she could cradle him between her thighs.She guided his pulsating shaft to her warm dewy entrance.

Adorjan did not fall on top of Creya but watched her in awe in what they just shared.

“Jan we are not done. I have let you have me your way. You must take me mine.” She said as her eyes turned into a feral cat green with yellow.

He withdrew and flipped her over on all fours. This time it was not a slow guided entry. He went inside her making sure to claim every ripple, groove. Once she growled out, when he hit the back of her wall. He knew she was done.

Something was coming over him. He did not know if it was the rhythm of movement their bodies were doing or the rapid beating of her heart. Or the rush of blood going to his engorged cock but his incisors finally descended and he bit Creya as she came soaking him with her sweet scented juices.

Adorjan seed shot through his cock with such force that it caused Creya to growled out in orgasmic bliss.

He began to drink but he caught himself and stopped. He released her hoping she would not hate him for what occurred.

Creya looked over her shoulder as Adorjan with drew from her and she noticed that he seemed worried.

“Jan that was amazing.”

He looked at her to see if she was lying but there was not doubt in her voice.

“Come lay next to me. The night is young and I have not had my fill.” She said smiling at him.

He climbed back on the bed behind her wondering if he should hold her or not.

Creya smiled and reached for his hand and draped it across her.

“Give me ten minutes to recoup. Until then just lay with me.”

So my fire starters where they a bit wild or where they not wild enough. lol Let me know how you like it. prescribe and comment until next time. Fia xoxo