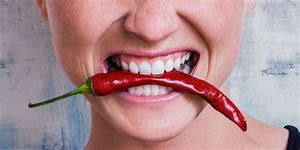 Hello my fire starters and I am glad to give you the hot’s. So with no more waiting, let dip those toes in the lava shall we.

Q: Hey fia,  I have a quickie for ya. That is my problem. See, I do not mind having quickies because life is so busy. But when it’s time to slow it down. It turns out to be a quickie. Help. He needs to put time in. Not seconds.

A: Hey, how much time do we have? Lol no really. If he is in the habit of doing it quickly then you need to actually tell him to slow it down. For example,  do maybe 15 pumps and pause. Then start again so that the time is stretched out and you reach the glorious orgasm that you are craving for. (on side note have him check his prostate. It maybe the culprit of quick trigger.)

Q: Fia my daughter is on the verge of making the biggest mistake ever. She is leaving my house to live one someone else’s couch. You see we had an argument and she said that she could live better over her boyfriend’s house than  mine. Any words to help get through to her?

A: Nope. Let’s be honest. She’s young and she wants to spend twenty-four seven with her man. We have all been there. Some girls are more extreme than other’s, but we all want that connection. The best thing is to wait. Why do I say that? They are young and hormonal. He will find someone else and she will leave him, unless she is blind to what he is doing then, you could speak to boy’s mother to speak to her. Believe me sometimes a strangers wisdom is better than mom’s.

Q: Fia My son is a “ho”. He would be considered to be a male thot. He has a girlfriend. Then he has girls coming in and out of his room. I know he’s eighteen but please. Why have a girlfriend if you’re not going to be faithful?  I don’t say anything because he’s mine but it’s rubbing me wrong.

A: Ok mom. he’s eighteen and in the beginnings of the peak performance age of his life. It is not right that he is prancing girls all through your house, but he may not be having sex with them. But you know your son. Tell him he is disrespecting you and your house.  You can not stop him from doing what he’s doing, but he is not allowed to do it in your home while you are there.  At eighteen if he has a job and giving you cash for rent. He will throw that in your face. You can counter act with,” In the agreement for room and board there was rules that he is failing to abide by.

Then you break down the rules, making number one that there will be no fornication under your roof while you are on the premises and if found in violation of sed rule a fine of eighty dollars will be tack on to the  rent. You see your not saying he can’t but you’re giving him a respectable time to be that thot then rein it back in. He is going to have sex. It’s either in your house, her mother’s house, outside, grandma’s basement, etc… Remember you were young too and horniness does not discriminate.

If you have any question you would liked answered please email me at fianaturie1@gmail.com. Until next time. Strike the match.