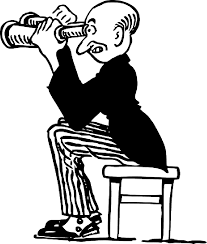 Hello my fire starters. We are going to start out with an interesting burn.

Q: My partner and I are very sexually in tuned with each other but I just find it disheartening that he tells me he is not tuned on at all when I suck on his nipples. It just does nothing for him. Why?

Q: My man has nipple piercing and I swear the minute he got them I felt like Pav lov’s dog.  Mouth watering and pulse racing. I can’t stop looking at them. Is that pervy or what?

A: No, no, no. Not Pervy at all. Everyone is attracted to certain body parts and the fact that he actually accentuated his nipples was to get you to pay more attention to them in the first place. He knew exactly what he was doing.

A: I wouldn’t say that. If he loves watching you orgasm is not necessarily classified as a voyeur. Has he told you he like watching his other partners orgasm? If no then its something he develop being with you. If he is turned on in general watching people orgasm then yeah he a voyeur.

(Formerly known as voyeurism in DSM-IV, this disorder refers to (for over a period of at least 6 months) having recurrent, intense sexually arousing fantasies, sexual urges, or behaviors involving the act of observing an unsuspecting person who is naked, in the process of disrobing, or engaging in sexual activity. Psych Central)

If you have any questions please email me at fianaturie1@gmail.com.